1984 – Allied moved into a beautiful historic building at 911 Broadway in the heart of downtown Kansas City, Missouri's, Garment District and stayed there 24 years. The building has now been converted into a highly sought-after apartment complex. 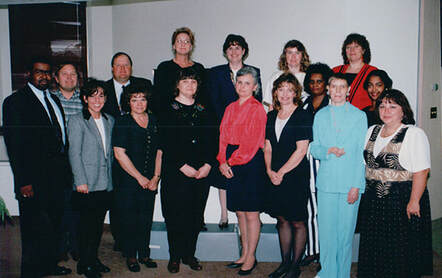 2008 – Allied moved its headquarters into our current location at 4551 W. 107th Street, Overland Park, Kan., to much fanfare with a ribbon cutting by Overland Park Mayor Carl Gerlach and the local Chamber of Commerce, but as you can see, a bit of construction work was needed first.
2008 – The Sales and Marketing teams looked pretty spiffy in their matching red shirts. 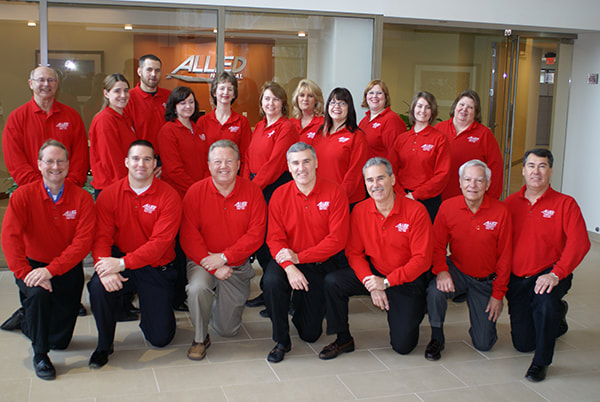 2011 – Allied introduces a unique small group level-funded plan, Funding Advantage.
2013 – Allied’s sales representatives have traveled the country attending conferences and meeting with agents to discuss Allied’s great plans. This booth was just one of the ways we’ve attracted agents’ attention to our products.

2016 – We launched Member Connection, a cool online and mobile wellness platform. Members can earn gift cards by taking quizzes, learning about healthy practices and being active.

2018 – Allied National was fortunate to find a large pool of talented claims specialists in Rockford, Ill. We opened our Rockford claims office in 2016. These specialists traveled to our headquarters in 2018 to meet with the Overland Park teams. 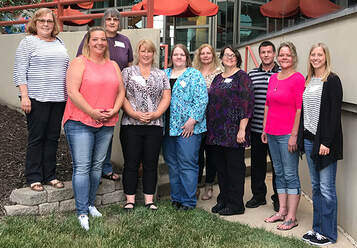 2018 – Allied’s employees took a break from work on Aug. 11 to see a partial eclipse of the sun.
2019 – Allied employees are big on giving back to the community. As in year's past, they donated to City Union Mission, providing meal bags for 115 families during the holiday season. Employees also donated a number of toys, clothes & gifts along with $8,575 in monetary donations! 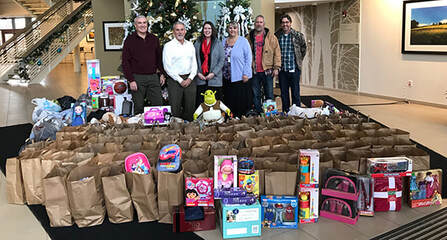 2019 – Allied’s employees gathered from around the country to come to Overland Park, Kan., for a day of meetings, golf and refreshments.

2020 – Gary, Bill and David Ashley have continued the tradition of innovation in group benefits by being one of the first to introduce level-funded plans, reference-based pricing, and health care assistants; as well as wellness benefits to small group health plans.

2020 – Allied was formed 50 years ago, which happens to be the last time the Kansas City Chiefs won a Super Bowl. We were super pumped about the Chiefs chances this year and rallied to show our support (the Chiefs won 31-20 against the 49ers!!).
2020 – We look great in red! Especially when it’s a good cause like National Wear Red Day to raise awareness about heart disease. 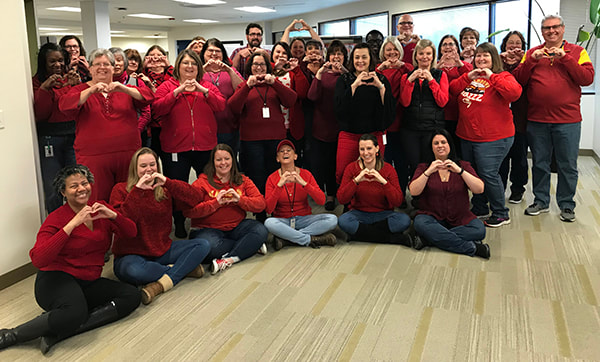